I have a friend who just told me he's interested in doing a long-distance motorcycle trip in the coming year. Now that is some of the best news I have heard in all of 2012!

So here's a list of links and resources from my own experiences. Hope this helps someone.

Idea: Ride motorcycles from Toronto to Rio de Janeiro for the 2016 Summer Olympics 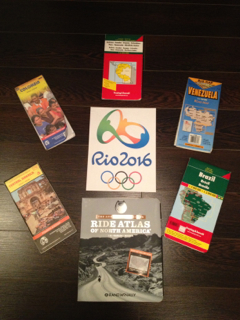 Details: Visit the hometown of every Canadian Olympic athlete and collect mementoes to be carried down and presented in the Athlete's Village during the 2016 Rio Summer Games.

Source: Roberto in Caracas is doing this in his own country. His plans are already well underway.